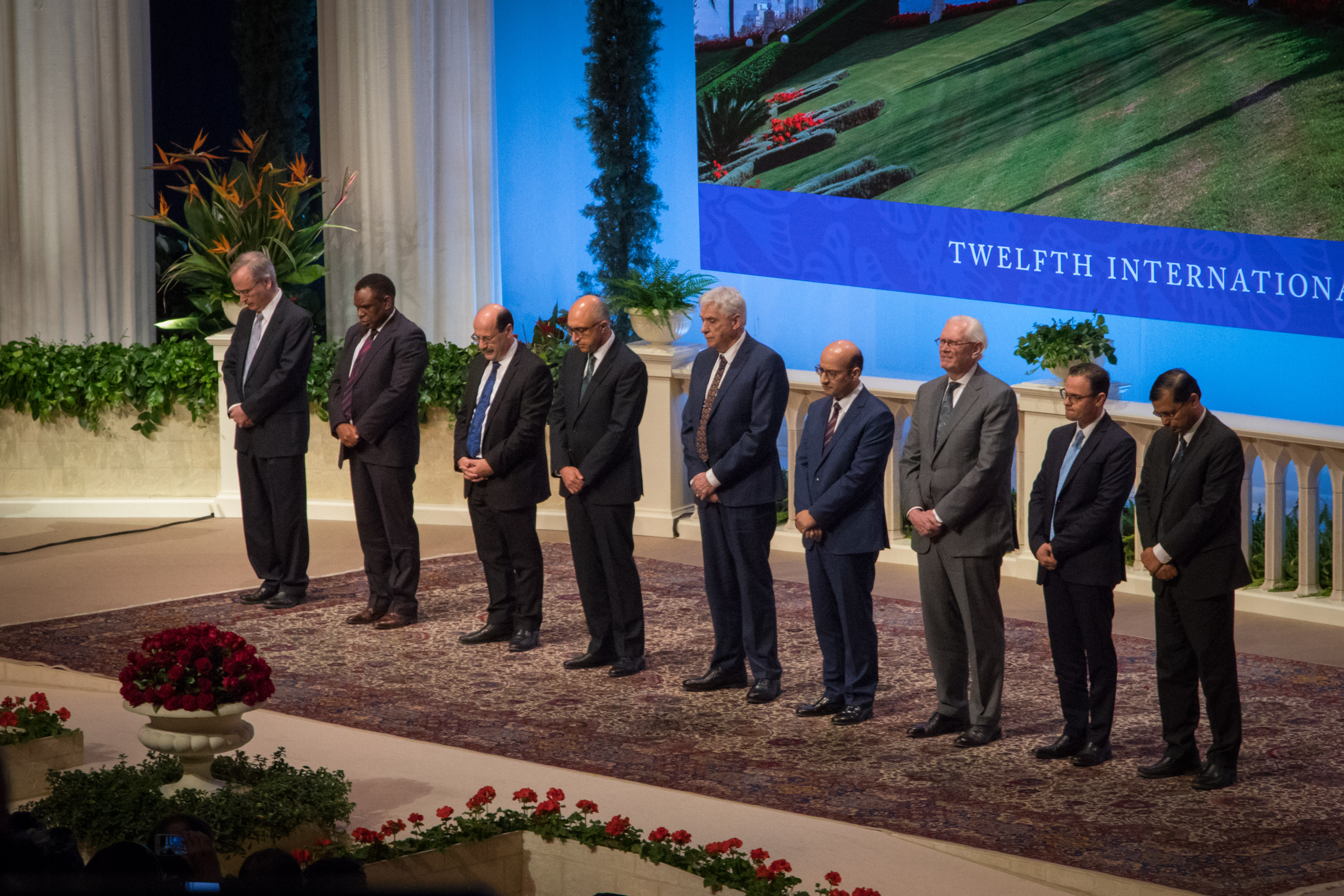 “In this movement there will never be any paid ministers, no appointed clergy, no bishops, no cardinals, no popes, no ceremonies. A clergyman, assuming that he is ordained to his ministry, may think that he knows more about God than anyone else, whereas the humble man in his congregation may know more about God than he does. The sacerdotal and theological position makes a clergyman proud and haughty.” - Abdu’l Baha


Clergy are formal leaders within a religion and their roles and functions may differ as per religious traditions, but usually involve presiding over specific rituals and teaching their religion's doctrines and practices. As per the Jewish tradition, a religious leader is often a rabbi (teacher) or hazzan (cantor). In Christianity, the specific names and roles of the clergy vary by denomination and there is a wide range of formal and informal clergy positions, including deacons, elders, priests, bishops, preachers, pastors, ministers and the Pope. In Islam, a religious leader is often known formally or informally as an imam, qadi, mufti, mullah, or ayatollah. Buddhist clergy are often collectively referred to as the Sangha, and consist of various orders of male and female monks.


When I became a Baha’i, I was told that one major difference between the Baha’i and other world religions is that Baha’is have no clergy. It came to me as a surprise because clergies have some defined roles and responsibilities which they perform to keep the Baha’i connected with his religion. One of their key responsibilities is to teach the doctrines of the religion by way of preaching, conducting study classes, and organizing programs that will help spread their teachings to others. Now, if there are no clergy in the Baha’i religion then the question one might ask would be that who performs the duties and responsibilities on their behalf? The Baha’is would answer that it is an administrative body called Spiritual Assemblies who perform these duties, and on top of them is Universal House of Justice these nine members of UHJ are infallible collectively they have absolute authority on Baha’i faith, there decision cannot and should not be challenged by either individual or by community. To my understanding it is clergy in form of administration, but again I came across a saying of Abdul Baha about no officer and no clergy in Baha’i faith, when I questioned this and asked is there any writing or saying of Baba’u’llah or Abdu’l Baha about NSA LSA at local and national level I was told that by such questions and thought you will become covenant breaker

So, instead of calling them clergy, the Baha’is have called them Spiritual Assemblies?! These Assemblies are a group of people who are in charge of the Baha’i faith, who govern the affairs of the community. In addition to existing at the local level, there are national Spiritual Assemblies which look after the affairs at country level. On top of that, we have the Universal House of Justice, a nine-member supreme ruling body of the Baha’i Faith. They are the one who head the religion and are the final authority over the Spiritual Assemblies. By reading that, aren’t you already thinking how this structure is any different to how the clergy system works in Christianity or say Jews or Moslems? Exactly! It certainly has no difference.

I have been a Baha’i since past 22 years and have been actively involved in the community but have got several excommunication warnings from the NSA for all the silly reasons in the world. Once I took my wife, who is not a Baha’i, to a Ridvan celebration and there was election of Local Spiritual Assembly and the next day I got a call from an NSA member saying since Ridvan is an Administrative gathering, non-Baha’is are not allowed. When I tried explaining her the fact that I’m trying to influence my wife to become a Baha’i and since it was a big celebration, I wanted my wife to be a part of it, I was given a final warning of excommunication and was asked to accept my fault and apologies for the same. That’s not it, the LSA members started to look down at me and I was not welcomed by anyone in the community. I still do not consider this a mistake on my part and I’m fine with their behaviour

My only concern is, again, how is the ill-behaviour of the NSA or the UHJ any different from the clergymen of the Christian or Moslems or the Jews? We Baha’is are asked to become open minded, do investigation of truth but when you actually become one and start with your reasonings, you’re warned of being excommunicated and kicked out of the community. Irony isn’t lost on me, yet. I am still puzzled, if Baha’is say that there are no clergy in the Baha’i faith and this statement is supported by the saying of Abdu’l Baha, then who has designed this administrative system and from where have they got this absolute authority over the Baha’is? On one side they reject clergymen, but on the flip side they ask us to have absolute submission and obedience to the UHJ, isn’t this double standard?

It's an honor to be back with the fourth edition of the Caravan Magazine, which through the last couple of editions has grown from the strength to strength due to efforts of faithful and divine blessings. We find strength in the fact that spreading the pristine message of Baha’u’llah affords to us a blessing so magnanimous that we are propelled to success. 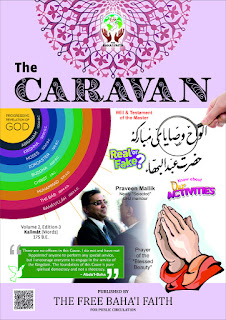 This edition onward, we plan to analyze the Will of the Master piecemeal so that our readers get to know the facts thereby enabling themselves to come to an informed conclusion. We hope that this endeavor will serve its noble purpose of awakening the Baha’is who believe in following the unaltered teachings of Baha’u’llah.

Thank you for being a great support. Keep spread the word far and wide. 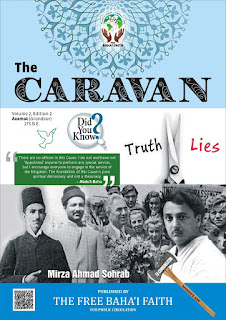 It is an honor for the Free Baha'is of USA that The Caravan Magazine has revived yet again and in full swing ready to spread the pristine message of Baha’u’llah amongst the truthful Baha’is around the world.

This edition of The Caravan contains instances where misguided ones with their evil intentions have tried to manipulate and subordinate the divine decisions. In their lust of power, they have overstepped the limits standing against the divine laws, all under the banner of religion.

We urge our readers to read the articles carefully and relate it such oppressive administrations still exist in the name of religion  but are working against the true teachings and giving a bad name to the faith.

“In this movement there will never be any paid ministers, no appointed clergy, no bishops, no cardinals, no popes, no ceremonies. A c...